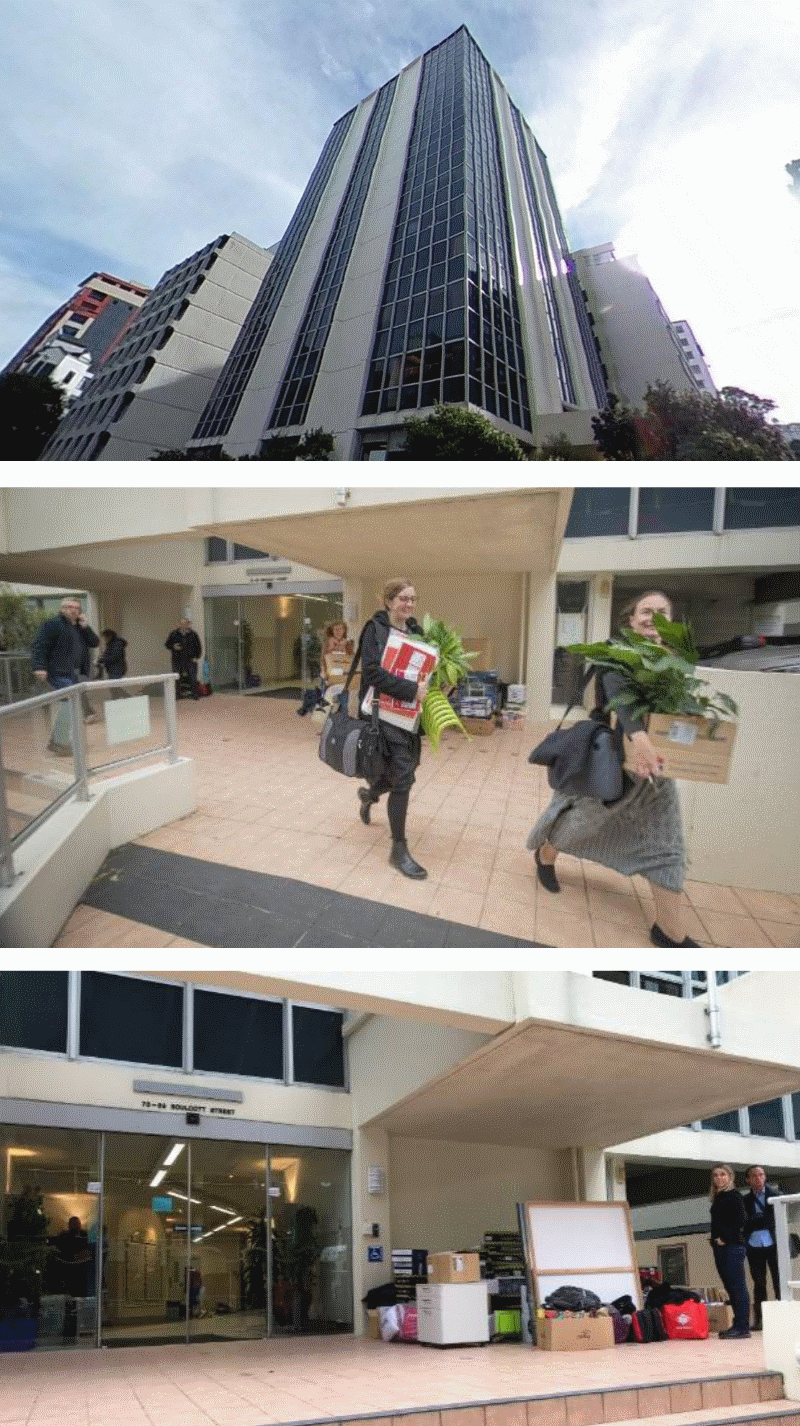 Despite it now being 18 months since the Kaikoura earthquake, its effects on New Zealand's capital city of Wellington continue to reverberate.  Yet another buildling, previously considered "safe", has been evacuated. Despite two earlier engineering inspections, it seems that further structural investigations have revealed significant issues.  Further cause for concern is given by what appears to be quite different interpreations of what the observed damage actually means or implies.

The owner is to be congratulated on pursuing a rigourous approach.  However, visual inspection remains a limited tool without further infromation.  Rapid inspections (red, yellow, green placards) have been shown by experience in both Christchurch and Wellington to be of minimal use - with results often bearing no relation to eventual follow-up Detailed Engineering Inspections.  On the other hand, the DEE process, by its nature involving the removal of wall, ceiling and roof linings, is time-consuming, disruptive and expensive.  DEE's in Wellington are costing in excess of $20,000 - just to remove linings and begin the inspection process.

In cases such as this, CSI Structure Monitoring systems are an invaluable tool for both the owner and engineer.  Such a system would have rapidly identified whether the damage (visible or not)  had resulted in changes to the building response characteristics.  Significant changes would have signalled alarm bells much earlier.  A lack of change would have given the inspecting engineers confidence that, despite appearances, the the building was performing normally.  Better, more timely information delivers more certain which in turn means reduced risk.

A good case study of the effectiveness of this approach is here.  Media links to the Wellington building story are here:

Canterbury Seismic Instruments (CSI), developers of earthquake response solution Sentinel, has partnered with the Wellington City Council to install more than 100 new sensors across the city.

This week is an important milestone for CSI, marking the launch of Sentinel, our brand new Earthquake Response and Resilience service. Sentinel equips you to make informed decisions quickly about people and property in the event of an earthquake.

With the support of Hutt City Council, EQRNet is now rolling out across the city of Lower Hutt, just north of Wellington.

Rapid progress with CCC Smart Cities EQRNet.  The first of more than 150 sensors is now operational